The aim of this study is to determine the effects of water energized with Esencial Emo on the blood of two patients undergoing the study.

A controlled experiment was performed with 2 patients, the first, a 28-year old man of Latin American origin, in a good state of health, and the second, a 57-year-old woman of Caucasian race, suffering atypical thyroiditis of Huelva and fibromyalgia. Both had pre-study blood tests with biochemistry and all results were within normal ranges. Over a period of 6 weeks, the patients underwent 10 cell analyses, in which the following parameters were evaluated:

Changes in the blood were evaluated by the direct observation by the microscopist. Each evaluation was performed in the clinic in the morning, around two hours after breakfast.

Improvement was observed in red blood cell stacking, with improved tissue oxygenation and plasma quality. Endothelial tissue and parasites increased during the first 15 days of energised water ingestion. These normalised after 30 days and remained stable for the rest of the 45-day study period. No significant changes were seen in the other parameters.

Before beginning to drink water energised with Esencial Emo. 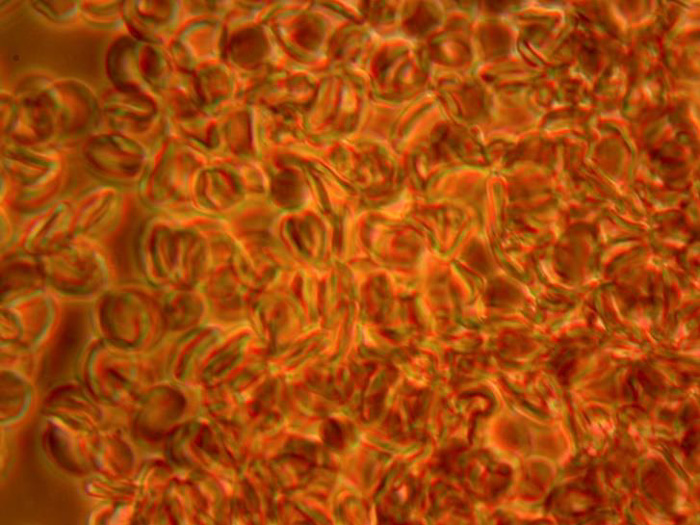 Red bloods cell clusters are seen. Red cells clump together forming a mass, due to changes in cell polarity and loss of the negative surface charge. This is symptomatic of a disorganised acidic plasma that causes the red cells to stick together.

We found it remarkable that after only two days of drinking the water, live blood appeared much dirtier, and parasites, crystals and red cell stacking were observed.

During the first 30 days, the blood became progressively more dirty, with increasing parasites and endothelial remains. This increase in the toxic charge of the blood could be induced by increasing detoxification, possibly due to the water treated with Esencial Emo. 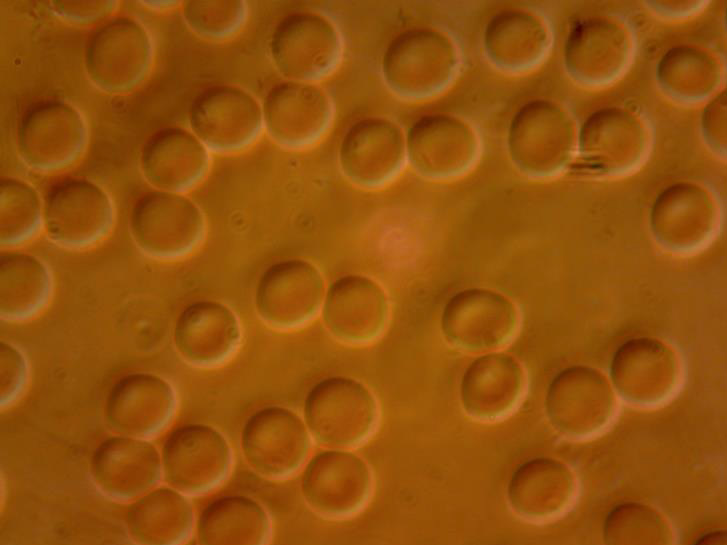 The most significant changes in the movement of the red blood cells are observed after between 4 and 6 weeks, leading to improved oxygenation of the tissues and associated benefits. Red blood cells can be seen to float freely in the plasma.

Endothelial tissue and parasites increased during the first 15 days of water ingestion. These normalised after 30 days and remained stable for the rest of the 45-day study period (Patients 1 and 2).

Before beginning use of water energised with Esencial Emo. 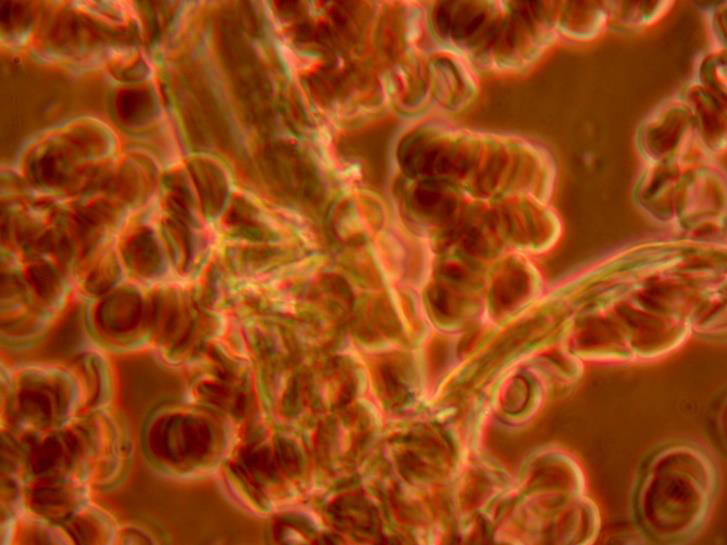 Remains of endothelium and parasites are observed, as well as red blood cell stacking.

After beginning use of water energised with Esencial Emo:

Between study days 3 and 30

After three days of drinking water energised with Esencial Emo, we found that the patient’s parasitic and fungal burden had increased considerably, as did plasma toxicity.

On day 21, after a period of increased plasma toxicity, the patient showed a marked improvement in red blood cell stacking and movement and the toxic burden in plasma had reduced. 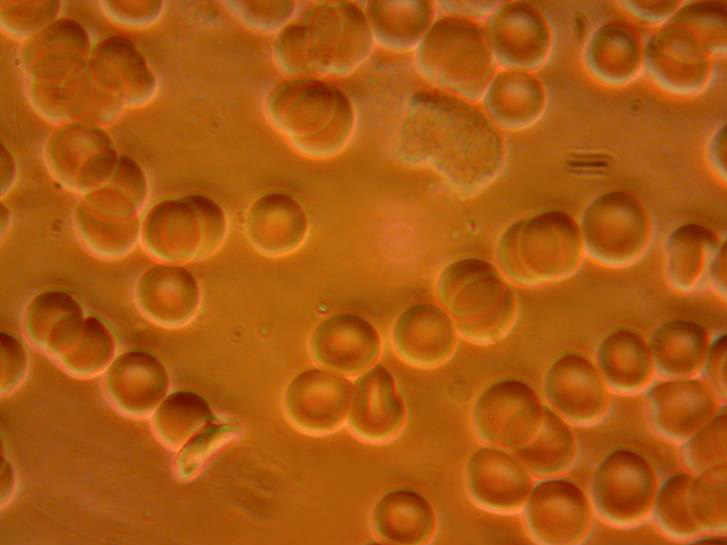 DISCUSSION OF THE RESULTS

Both patients showed a clear worsening in the quality of live blood after beginning to drink water energised with Esencial Emo. The parasitic and fungal load increased and phagocytosis by neutrophils was also activated, particularly in patient 2. This may have been triggered by the increased toxic load in the blood, induced in turn by increased detoxification, possibly caused by the water treated with Esencial Emo. In both patients, the greatest improvement was in red blood cell stacking and dynamism, previously static and stacked in both patients.

Other factors, such as diet, stress, toxic habits and pollution, not taken into account in this study, can affect these parameters, although it is worth pointing out that both patients were asked not to change their eating habits or daily routine to avoid influencing the study.

After drinking water energised with Esencial Emo for 45 days, both patients showed an improvement in red blood cell stacking and movement, benefitting both circulation and tissue oxygenation.

Cell analysis is based on the live and dried blood test or HLBO, described by Robert Bradford, which analyses “live blood” with no staining or physical alteration, recently extracted by capillary puncture of the index finger of the right hand of the patient, following a specific protocol.

A study of the red blood cells can show if live blood is healthy: they should all float freely in their own space, with no overlapping or clustering; they should repel each other gently, due to their negative charge; they should be uniform in size, shape and colour.

Plasma surrounding the blood cells should be clear, with no evidence of parasites, bacteria, yeasts, molds, fungi, crystals or other undesirable forms.

The colour should be uniformly bright. Loss of colour is a sign of acidity in the tissues of the body.

Clear areas indicate lack of proteins. They are a sign of severity and disorganised cells and toxic activity, as a result of acids establishing themselves in the body, causing irritation/inflammation or a degenerative condition.