To provide a stable environment in which noble information can transmit harmonic vibrations to the water, allowing it to recover its natural structure and to incorporate high-level information.

To our mind, ESSENTIAL EMO acts as an energy attractor, coherently modulating the frequencies of the environment using the logic of sacred geometry and waveform emission. When the field is established, harmonic information is added by the presence of programmed quartz crystals and archetypal symbols.

To verify these claims, several tests have been developed in the following areas:

The aim of this investigation is to test the energetic effect of Nayadel ESSENTIAL EMO on drinking water, using the GDV Kirlian camera technique. 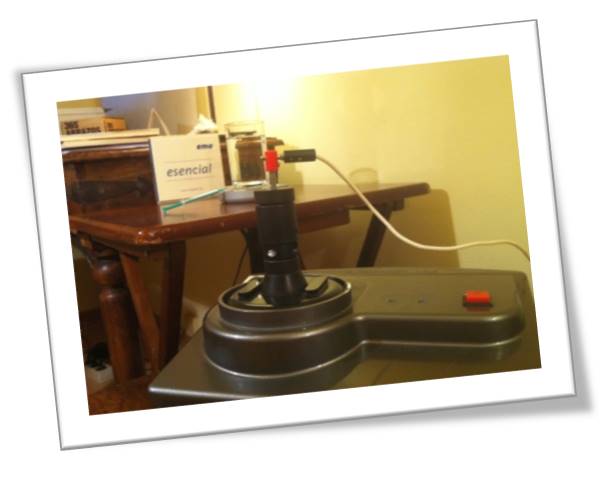 It is important to note that the outer ring is broken and irregular, showing a weak energetic field and a loss of structure. This is confirmed by the granulated and uneven appearance of the inside of the ring.

SERIES 2. DROPS OF WATER 5 MINUTES AFTER THE SAME GLASS OF WATER HAS BEEN PLACED IN THE ESSENTIAL EMO ACTIVATOR

The outer ring is intact and harmonic, indicating a growing energy field with an initial level of structuring, confirmed by the image of the inside of the ring, that is now smooth and even.

SERIES 3. DROPS OF WATER AFTER 30 MINUTES OF EXPOSURE TO THE ESSENTIAL EMO ACTIVATOR

The outer ring is wide, complete and harmonic, indicating a powerful energy field with a high level of structuring, confirmed by the ability of the outer ring to remain intact, even when repeated electromagnetic impacts are delivered to the same drops of water. This shows that water that has been in contact with Essential EMO for 30 minutes acquires a level of structuring that gives it the ability to protect itself from surrounding radiation and harmful electromagnetic fields.

SERIES 4. DROPS OF WATER AFTER 8 DAYS IN THE SAME GLASS OF WATER IN THE ESSENTIAL EMO ACTIVATOR

No significant changes compared to series 3 are observed, except that the inside of the ring is even more smooth and uniform than before.

To visualise changes in frequency emission from the bioenergetic field of a person in contact and not in contact with Essential EMO.

In the first image, the person is not in the vicinity of the Essential EMO, and in the second, he is holding it in his hands. Time between images: 10 minutes. 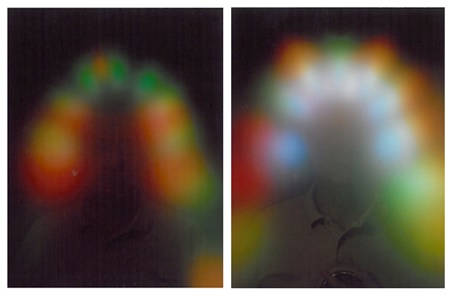 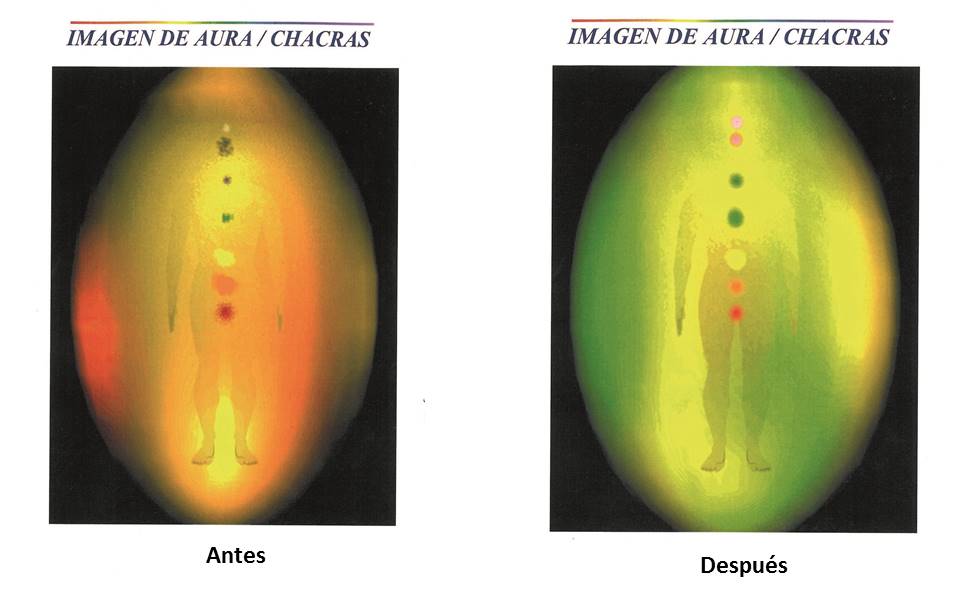 Before: There is a general change of colour in the person’s aura field. It changes from Red-Orange-Yellow, indicating predominance of physical and intellectual activity, vigour and logic, to Yellow-Green, indicative of a more communicative and social state, more open to sharing and being in contact with nature. The change is more prominent in the person’s left side (feminine-Yin), that which is within and is beginning to be expressed.

After: The lower chakras appear less diffuse, more distinct, suggesting a more sustainable and stable vital status. Chakras 4 and 5 grow and are correctly outlined, indicating the expansion of the emotional and communicative side. The upper chakras become more defined.